As a title, Super Rare Disco was a stretch when this disc was released in 1997, and since then, it has only become more of a stretch. While there are no possible cases against Lyn Collins' 'Rock Me Again and Again,' Eddie Kendricks' 'Date With the Rain,' First Choice's 'The Player,' and the Jimmy Castor Bunch's 'It's Just Begin' as dynamite disco singles, none of them have been particularly hard to locate since the mid-'90s. One case where the Robbins label deserves some thanks is the inclusion Four Below Zero's 'My Baby's Got E.S.P.,' a classic underground single helmed by Patrick Adams (who was also responsible for Inner Life's 'Ain't No Mountain High Enough,' Musique's 'In the Bush,' Black Ivory's 'Mainline,' and about 50 other beloved dancefloor singles). No matter what, this is a fine disco compilation for those who want to dig beneath the surface of ubiquitous chart-toppers. 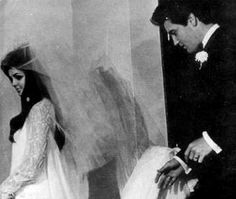