If you’re a fan of Christmas music (and who isn’t?), then youmay have heard the rich, practiced soprano voice of New Zealander HayleyWestenra. With a range that is unique toso few trained vocalists, Ms. Westenra has earned the appreciation of hervaried audience.

In 2008, Westenrareleased an enduring album of largely traditional Christmas classics calledWinter Magic. What makes the offeringson Winter Magic stand out, even beyond the incredible Sarah Brightman, who hasalso enjoyed a pop/classical crossover with her soprano voice, is Westenra’s ability to rein in her voice to achieve a distinct pop qualitysomewhat separate from her entrancing classical voice.

And there’s the in-between. She can step it up a notch to deliverendearing reinterpreted versions of popular songs like Joni Mitchell’s “Both Sides Now” and Simon & Garfunkel's 'Scarborough Fair,' both heard on her 2005 treasure, Odyssey.

Westenra's musical biography beginsat a young age. When she was 12, herability to sing had encouraged the family to have her recorded. Contoh soal ujian cpns bahasa indonesia. Soon afterward, she was offered a recordingcontract with Universal Music of New Zealand. While that did not gain her worldwide attention, it did lead her towardthe inevitable path that she has since followed, a career in music as a raretalent with a soprano voice.

In 2003, Decca Records recorded her world debut, Pure, a satisfyingmulti-track album of excellence that, even now, begs to be enjoyed and appreciated. Pure captivates immediately with herrendition of “Pokarekare Ana,” a touching traditional love song from NewZealand. Pure explores traditional rootsfurther with her recording of “Amazing Grace.” The song, while well-exposed, can be gripping springing from the vocal cordsof such as Hayley Westenra. Other songsfrom Pure include the airy “Wuthering Heights” and a few Christmas classicstucked within (“Silent Night, Holy Night,” “Away in a Manger”) amidst acollection of well selected songs. (The Christmas tracks are found on the two-CD UK Special Edition).

Her subsequent albums, Odyssey (2005), with its split between classical and pop tracks (likely in an effort to provide crossover appeal), and the more exploratory Treasure (2007), reveal agrowing talent that will someday be known to everyone. Her previously mentioned Winter Magic was adeparture in depth by comparison, yet it served to open a new door with the 'bynow' recognition that Miss Westenra could mold her voice like putty to achievethe sound that she wanted.

On October 18, Decca Records will release her anticipated newalbum, Paradiso, in the US. But hernative New Zealand has already been given the gift on April 18, while Japan andAustralia gained access in the early weeks of June. The UK receives the album on August 29.

Paradiso is a collaboration with Italian composer EnnioMorricone, who has called Miss Westenra, “…a rare singer… unique in theinternational panorama… a great interpreter.” On Paradiso, Westenra lends her voice to well-known classics ofMorricone's such as “Once Upon A Time In the West” from the film of the samename, “Malena,” “Cinema Paradiso: Profumo Di Limone,” and “Cinema Paradiso:Would He Even Know Me Now?” from the Tornatorre films Malena and CinemaParadiso, and the theme from the 1986 film, The Mission, “Gabriel’s Oboe (WhispersIn A Dream).” Arquitectura habitacional plazola volumen 1 pdf gratis.

Some of the songs feature new tracks written by Morricone exclusively to frame Westenra's voice in timeless classics. A few of the Morricone songs sung by Hayley Westenrareceived new lyrics, some by the singer herself (“Gabriel’s Oboe”), and someby others (“Cinema Paradiso: Would He Even Know Me Now?”, lyrics byOscar winner Don Black, and new lyrics written for “The Edge of Love” byOscar winner, Tim Rice). 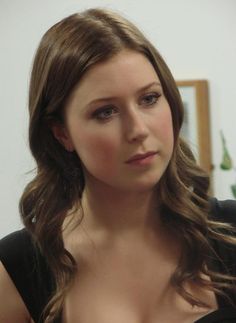 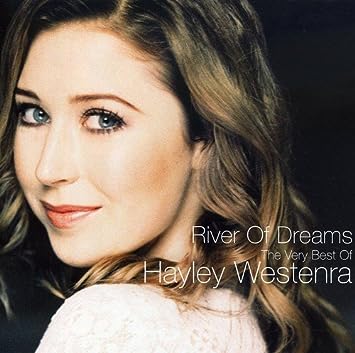 Paradiso is sure to elevate the 24-year-old Hayley Westenra tofurther fame, and is a release that I’m very anxious to own. 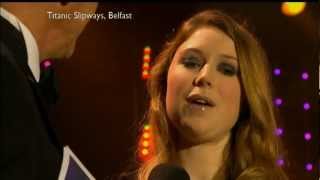 A decade on from her New Zealand-only self-titled debut album, and Christchurch's finest, 23-year-old Hayley Westenra, can no longer rely on the angelic-looking choirgirl persona which helped her replace Charlotte Church as the world's most successful young soprano. But having achieved quite the coup by recruiting legendary Italian composer Ennio Morricone for her fifth album (and first non-seasonal studio release since 2007's Treasure), Paradiso, it's unlikely that she would have had to, anyway. Recorded with the 120-piece Roma Sinfonietta in their hometown, its 13 tracks are a world away from her usual fare of traditional hymns, operatic standards and classical pop numbers, revealing a maturity and creative streak lacking from most of her contemporaries. Indeed, perhaps to establish her songwriting credentials, Morricone has allowed several of his most famous compositions to be rewritten by the now-grownup star, including one of his most famous pieces, 'Gabriel's Oboe' (now 'Whispers in a Dream'), and the themes to 1970 films La Califfa and Malena, all of which show she's more than up to the rather imposing job. The less obvious song selections also indicate Westenra is no longer content to follow the crowd, with only the soothing harmonies of 'Jill's Theme' (Once Upon a Time in the West), the beautifully lilting vocal adaptation of 'Deborah's Theme' (Once Upon a Time In America) and the string-soaked 'Profumo di Limone' and 'Would He Ever Know Me Now?' (both from Cinema Paradiso), likely to be familiar to mainstream audiences. Instead, the album rummages around the more obscure corners of Morricone's back catalog, with contributions from 1968 sci-fi comedy H2S (the whimsical scale-climbing 'Lezione di Musica'), the docudrama Sacco e Vanzelli (Joan Baez's slow-building protest song 'Here's to You'), and 1969's Metti una Sera a Cena (the bossa nova-tinged title track), sitting alongside a cover of Dulce Pontes' Portuguese-sung 'Amalia por Amor,' and two new tracks, the Disney-esque French festive tale, 'Per Natale,' and the Tim Rice-penned potential show tune, 'The Edge of Love.' A huge leap forward from her previous attempts, Paradiso suggests Westenra may be a far more intriguing proposition outside her teenage years than she was during them.