Remember when Snoop jumped to No Limit just as that ship was sinking? This Star Trak release is, quite sadly, a little like that. Download 50 save game of bully pc 100. And of course, its title is awfully misleading.

~Release by Snoop Dogg(see all versions of this release, 3 available) 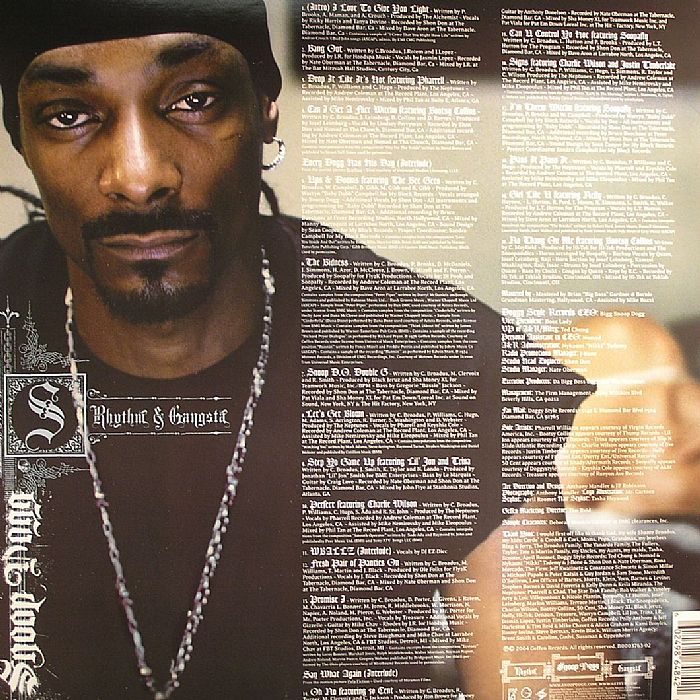 Remember when Snoop jumped to No Limit just as that ship was sinking? This Star Trak release is, quite sadly, a little like that. And of course, its title is awfully misleading.

Snoop Dogg is old. He's not the same kid who turned up out of nowhere on 'Deep Cover'. He no longer possesses that menacing lean, that cool, dangerous charisma, that effortless way of just rapping through the beat like he was always a part of it and it was always a part of him. These days, he's that haggard-looking, vaguely creepy middle-ager who was in Starsky & Hutch, the 'P.I.M.P.' video, and some pornos. He's always hanging out with that pimp bishop guy. He says 'wizzle wizzle' a lot. He comes out with an album every couple of years, and no one pays any attention because Dr. Dre doesn't have anything to do with it.

Finally, with R&G;: The Masterpiece, Snoop seems to have realized he's not getting younger. Unfortunately, he's tackled this dilemma by recording lots of terrible seductive soul tracks. R&G; (Rhythm & Gangsta): The Masterpiece is absolutely crammed with them-- a nearly endless amount (18 songs, 78 minutes). 'I want to get you alone so I can learn you a little better,' he purrs on 'Stay'. 'Everything is beautiful/ Right down to ya cuticles,' he coos on 'Perfect'. 'Flip the channel to Lifetime/ You stay on my mind even when I write rhymes,' he growls on 'Promise I'. But somehow, it's hard to take Snoop's appreciation of the opposite sex seriously when the second track on the album, 'Can You Control Ya Hoe', advocates violence against women more brutally than anything he's done since 'Bitches Ain't Shit'. But girl, you can watch Lifetime!

R&G; is Snoop's first album for Star Trak, the label run by fallen-off hip-hop hitmakers the Neptunes, a duo who all but ruled international radio with dazzling sci-fi stomp-clap new wave beats, but who've been starving for hits ever since they switched up their style to overcooked Vegas schmaltz-- all bloopy bass and shuffling drums and swooshing keyboards and unbelievably obnoxious falsetto crooning. The production duo laced five of this album's songs, but their fingerprints are everywhere else here. R&G; has a unified sound, rare in hip-hop albums, but it's a sound based on tinkly pianos and noodly guitars and windchimes. It sounds something like The Black Eyed Peas if they tried to make a Barry White album, but with more falsetto warbling.

Snoop's voice is still a cool, gravelly drawl, but he doesn't insinuate himself into the beat the way he once did. He pretty much just talks over the beats, seemingly barely aware of their presence. On their respective guest spots, Nelly and Daz easily outshine him. Snoop only comes to life on a handful of rough, club-friendly tracks, most notably 'Step Yo Game Up', a Lil' Jon production that sounds just like circa-2000 Neptunes. It's one of the few moments on the album in which he sounds like a real adult, and not just a sad old man, washed up and worn down.