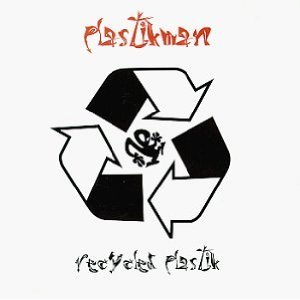 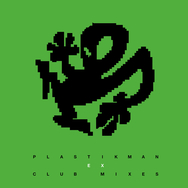 Released a few months before Richie Hawtin offered his second Plastikman album, Musik, the six-track Recycled Plastik EP is anchored by 'Spastik,' a nine-minute whirlwind of 909 percussion and nothing else. The track is downright staggering, especially when Hawtin unleashes the monstrous bass drum kicks after several minutes of slow buildup. Because the song was composed entirely on the Roland 909 drum machine, Hawtin often made it a centerpiece of his live performances. As a result, 'Spastik' became perhaps his most well-known Plastikman production, a signature track that never ceased to inspire feverish reactions among Hawtin fanatics. In addition, Recycled Plastik features five other tracks, most of which resemble 'Spastik' -- minimal tracks composed primarily of 909 percussion and little else. 'Krakpot' and 'Elektrostatik' in particular stand out, both nearly ten minutes long and incredibly whirlwind-like with their spiraling loops of harsh percussion. Though Recycled Plastik isn't nearly as thematic or continuous as the other Plastikman releases, it functions well for what it is, an EP intended to showcase 'Spastik' and set the stage for the upcoming Musik album.